Our Love Story: Part 10, The Goodbye 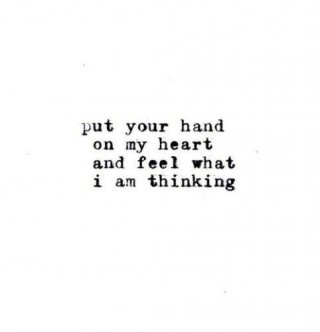 I didn’t say much on that last night.
I suppose I was too afraid of what I might confess.
Of promises I might try to make.
Of feelings I wasn’t certain were reciprocated.

My mind and body were at odds with one another as we continued down the path towards the ocean.
My heart was racing, nearly beating out of my chest–and my adrenaline was through the roof.
But my body was inching along–each foot struggling to put itself in front of the other.
Almost as if reaching the end of that path represented the end of this moment. Our moment.
And I was delaying getting there with every ounce of my being.

Ben was quiet too.
Holding my hand a bit tighter than usual.
Pausing more frequently along the path to place a gentle kiss on my head.
And occasionally giving my hand two firm squeezes…followed by a deliberate pause…and then one more firm squeeze.
He wasn’t saying “I (squeeze) Love (squeeze) You (squeeze)“–he was making that clear with his purposeful pause before the third squeeze.
More like he was trying to say ” I love….{pause}…what this could have been”.

And that was the biggest tragedy of this Summer Love.
What could have been…

We reached the end of the path and sat down at a picnic bench perched just on the edge of the bluffs.
The mist from the waves barely reached the tips of our noses and I can still remember the exact smell of the ocean on that fateful night.
Intoxicating.

Our knees were touching, hands intertwined, and my head was leaning on his shoulder.
Sigh…
Me: Can I ask you to do something for me?
Ben: Anything.
I reached to the inside pocket of my coat and pulled out my small bound journal.
Me: Will you write something for me…you know, to remember you by?
Ben: Are you afraid you’ll forget me?
Me: I couldn’t. Not ever.
He reached for the journal, pulled the pen out of the binding and opened to the first blank page he could find.
Me: I’m just looking for a piece of you. Something tangible, for when your over 1,000 miles away. I just know my words about you won’t be enough.

He looked up and smiled.
He had already written a few sentences without pausing.
A few minutes later he was done. He closed the book, put the pen back in the binding and then handed it over. Immediately I started to flip to the page he had just written, but he quickly grabbed my hand.

Ben: Don’t.
Me: What do you mean?
Ben: Save it. For when I’m gone.
I swallowed back tears and nodded my head.

We were back at my apartment door when Ben gave his final plea.

Ben: I don’t want this to be goodbye.
I was trying my best to keep the tears that had been building in my eyes from spilling out onto my cheeks. But there was no hiding my sadness, my heartache. Ben took his thumb and wiped away the first drop as it fell.
Ben: So what I’m saying is…I need to see you tomorrow.
I looked back at him, confused.
Ben: I want you to come to the airport. One final goodbye…one last kiss. Will you do that?
Me: Of course. But what about your brother?
Ben: I’ll call you as soon as he drops me off and then you can come straight over. My flight leaves at 2:30. I’ll call you by 1:30. We can hold hands for an entire hour.
He gave me a silly grin. I smiled.
Ashley: Then I’ll wait for your call.

Then he leaned in and kissed me.
Like he meant it.
Like he wanted it to last forever.
I kissed him back, and the world around us disappeared for a moment.
Everything was hanging on this kiss.
And it was perfect.

So when he kissed my forehead,
headed back to his car
then turned over his shoulder
with the sweetest smile on his face and said “I’ll call you tomorrow”…
How could I have known he wouldn’t call?