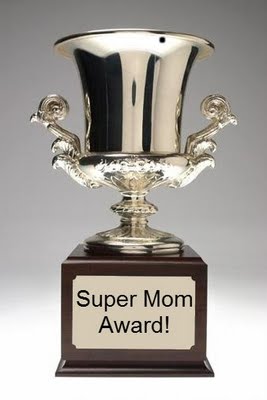 Baby W had his 10 month check up the other day. 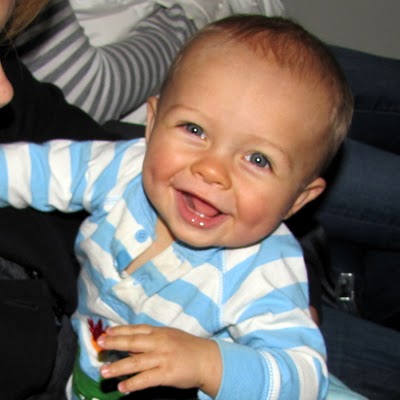 That day, I went through my usual pre-doctor routine: give Lil W an extra long bath, q-tip his ears, brush his teeth, apply smell-good baby lotion to every surface of his body, put fresh baby powder around his bummy and pick out the most adorable outfit–all to prove to his pediatrician that I am the best mommy out of all his patients.

At every appointment, I half-expect the doctor to walk in the room, hand me a trophy and say, “On behalf of Pediatricians across America, we want to award YOU with this Momma-of-the-Year trophy–because your baby has the cleanest ears we’ve ever seen”.

Because for some reason, it’s as if the doctor’s opinion of my mothering skills serves as a confirmation that I am not messing up at this whole parenting business, a confirmation that I am learning to be the best momma my little guy could hope for.
As if a 20 minute doc appointment can illustrate the immeasurable love, pride, anxiety, worry and hope I have for Baby W.
That being said…This day’s trip to the doctor would be a bit different than past visits, and I found that I was a bit anxious.  You see, this was the longest gap we had ever had between visits {2.5 months}, and I knew my calm little infant had turned into a bouncing-off-the-walls baby…
and I feared what my doctor would think.
So the hubby, baby and I headed off to our appointment with our fingers crossed.  Imagine our excitement when Baby W was on his absolute BEST behavior throughout the whole appointment.  As we were putting his cute little outfit back on him, I was smiling to myself.
“See Ashley, he’s not that out of control”, I told myself.
And then, just as I was about to give myself a literal pat on the back, Dr. B broke the news to us as gently as he could:
“You have a very difficult baby”.
I was stunned.  But why? I knew this already. In fact, these were the exact words I had been telling everyone and their mother.  Yet, for some reason, it stung hearing the words from someone else’s mouth {and a doctor nonetheless}.
The hubby and I exchanged concerned glances and then proceeded to take mental notes of all the advice he began giving us about how to regain control of our child.  And this coming from Dr. B’s opinion of Baby W on his BEST behavior {which I decided not to mention to him}.
A bit disheartened, but armed with a plethora of doctor tips to give us hope, we left the doc’s office and headed home to put those tips into action.
Most important, our pediatrician told us, was to allow Baby W to learn to be content in his play pen while I worked around the house.
Past experience setting Lil W in his play pen has resulted in severe back arching, tearless crying, and a momma frantically scooping up her baby to give our home some peace and quiet.
This time, I was told not to pick him up.
As hard as it was to endure his screeching cries, eventually Baby W realized that I would not be succumbing to his tantrum–and so he became
his own version of content in his play pen. 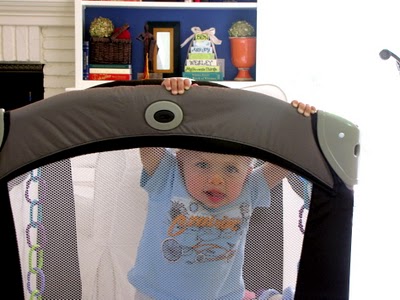 You mean you’re not going to pick me up and get me outta here? 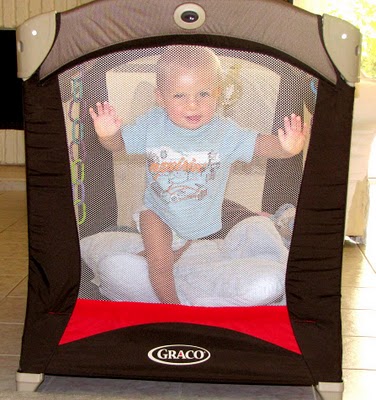 Well then, maybe if I push really hard I can get out myself. 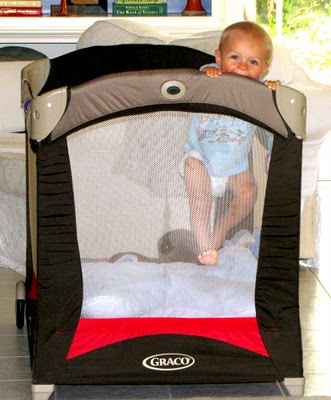 I guess I will just have to climb my way out with my teeth.
I don’t imagine this was the kind of “content in his play pen” the doc was referring to, but its as good as we’re going to get.
And that’s kinda become my motto with this whole “difficult baby” situation. Yes, I realize that much of his behavior is in my control, but sometimes, just sometimes, this is really just as good as its gonna get.
And I’m okay with that.
14 Comments
Share

Locket Ring Tutorial {and then some extra goodies}