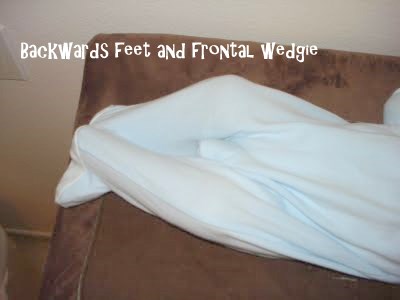 Daddy-Tales:
Stories of a tired hubby


As I have mentioned in earlier posts, I have a rather hands on hubby with his son–for which I am very grateful.  He doesn’t hesitate to change a poopy diaper or take a midnight feeding.  Which leads me to my story:


A few hours later, I woke up to a happy baby ready for a nap and a hard at work husband. The hubby had even already changed his poopy diaper! I got Lil W ready for the day, put him down for a nap and started my morning chores. When I was putting laundry away in his room I couldn’t help but notice that it was sooooo stinky…


Maybe I needed to empty the diaper pail, I thought…I was wrong! 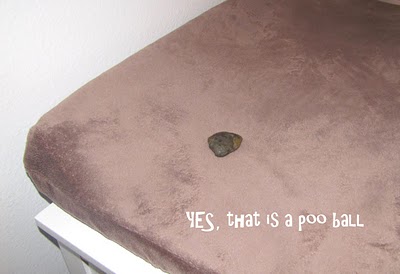 Yep, a fresh poo ball that some how fell out of the diaper unbeknownst to daddy–how does that even happen {LOL}?
And that’s not all…
A few weeks before the poo ball incident, I woke up with Lil W and we went about our previously mentioned morning routine where I change his diaper and clean him up for the day. When I set him on the changing table I couldn’t figure out why his PJ’s looked so different from the ones I put him in the night before.  Hmmm….
I mean, wasn’t there a hippo on the front of these PJ’s {or am I losing my mind}?…then I got the idea to check the back of his PJ’s and this is what I found:

That’s right! The poor little guys PJ’s were on backwards. It seems that the hubby was VERY tired when he woke up in the middle of the night to change Lil W’s diaper. So tired that when he put W’s PJ’s back on, he did so backwards.


Lil W spent the rest of the night with a frontal wedgie and his feet not fitting in the proper feety holes. Not the mention, the buttons on the onesie going all the way up his neck instead of down his back (Lil W didn’t seem to mind one bit, though). I couldn’t stop laughing while I changed his diaper. I just had to grab the camera to capture this moment… 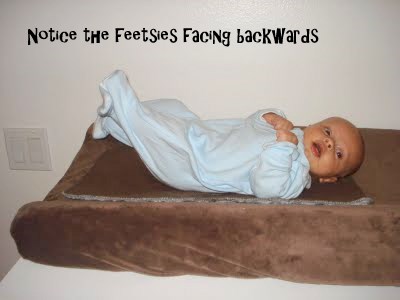 And these stories are just {two} more reasons why I love my hubby!

My Kid is in Therapy